Forvet
✭✭✭
I don't know if this has been reported yet, but I have found proof that the Tsaesci were actual snake-men... rather than... snake-like humans. I was doing some Delving with a friend in Pulk when - after killing the Delve boss - we were exploring the area and found a jewelry box beside a beast-folk-like skeleton. This being morrowind, my friend curiously asked why an Argonian would be buried with such honors, a full Casket with a jewelry box when... Argonians would be slaves.

So, we took a closer look. I first found the "Crest" odd as we have yet to see a hair style that looks like it for the Argonians. Then? My friend flipped out and said it had vampire fangs. It was at that point I realized that the 'crest' was not a crest, but rather -- it was the support for a serpentine HOOD. Like a snake's! While we cannot see the bottom half of the body, it is a normal sized casket and I doubt anyone would bury a Lamia even if they could fit the entire body into the Casket.

This leaves me with a single possibility. I have found the honorably buried skeleton of a Tsaesci in Morrowind. 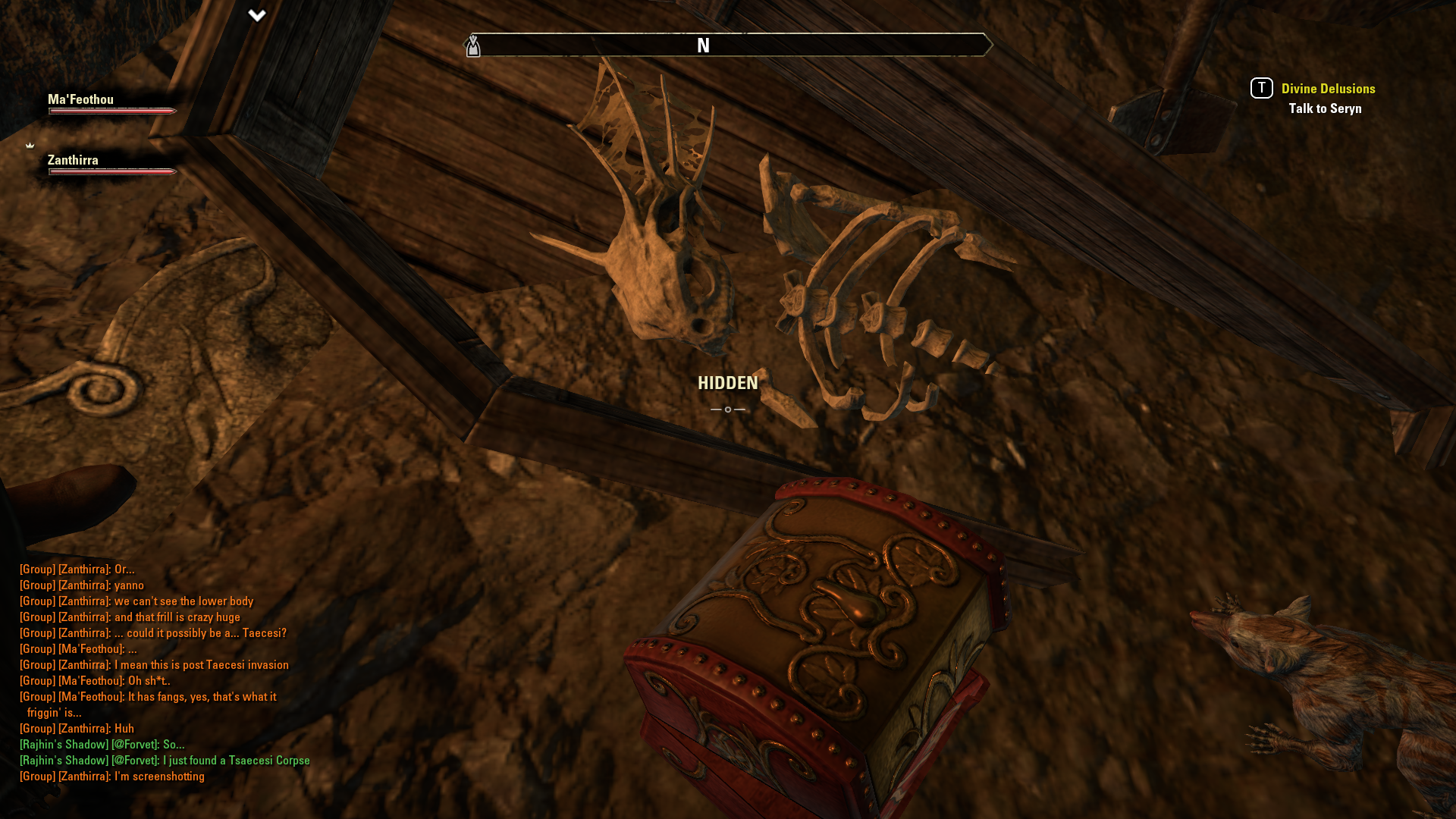 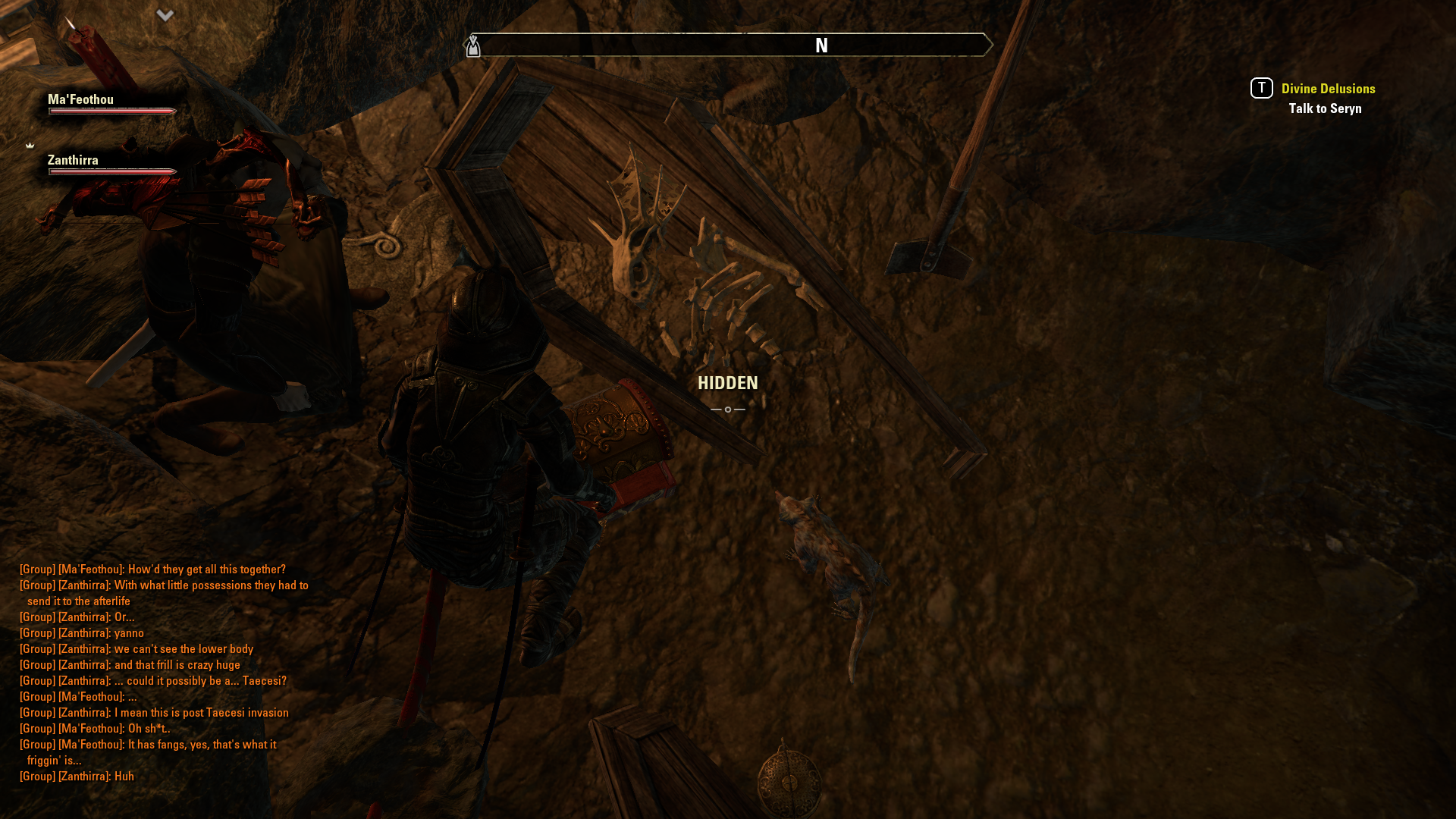