Iccotak
✭✭✭✭✭
✭✭✭
First Off
I would like to note that I do not have all the answers or the definitive answer, I am offering my thoughts on the topic and leaving it open for discussion.
With demands for more skill lines and classes like Necromancer I think the overall concept of classes in Elder Scrolls Online is something that we should talk about.

Please look at this video to see where I am coming from.
Go to about 52:00 for Spell Crafting
Go to about 1:00:00 for Classic Magic Spells 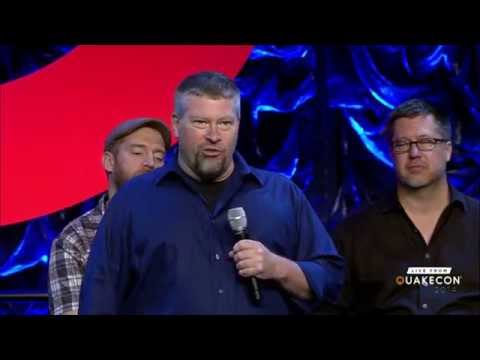 Here's the problem with introducing classic schools of magic in ESO and why spellcrafting has yet to be implemented.
They would make many of the existing Class abilities redundant.

Case in Point
-Muffle and invisibility in Illusion would make certain Nightblade skills redundant.
-Conjuration would give everyone the ability to summon daedra. Sorry Sorcerers
-The Warden’s ice abilities are basically ice destruction spells, in fact having an entire destruction school would make three separate elemental skill lines from three different classes redundant.

This is because ESO took the schools of magic and split them up amongst the classes to fill certain niches thereby determining playstyle and theme. Which is something a percentage of the player base is not a fan of.
In Elder Scrolls games, you use the skills to craft your character to fill that niche and the game does not do it for you. There were classes in Morrowind and Oblivion but they also had the option to make your own thing.

This is why Bethesda opened up the skills for people and allowed them to combine different specializations within the limit of available skill points. They wanted to give players the ability to grow and develop their own characters as they desired. Players want to determine their own theme, flavor, and playstyle.
Sure in ESO, there is alot of freedom but I can’t solely specialize in lightning because they separated the schools of magic and grouped certain ones together by class. Meaning, I have to pick the Sorcerer, which is largely a conjuring class, if I want lightning abilities.

Here is a basic idea of what Skill lines could be;
Magic
Destruction
Restoration
Conjuration
Alteration
Illusion

World
Legerdemain
Vampire
Werewolf
(Soul Trap should be part of Conjuration, this feels like a Necromancer power)

Trade
Alchemy
Blacksmithing
Clothier
Enchanting
Provisioning
Woodworking
And from there we can build on with skill lines like; Spears, Spellsword, Nature, Animal companions, etc.

Magic Weapons
The problem with staffs in this proposed system is the same in Skyrim. Why use the staff if I can just use the spells? So the staff needs to be able to bring something to the table that the normal magic skill line can’t.
The problem with staves now is that players want more Magicka based weapons and subsequent skill lines. They are getting tired of staves as it is limiting in playstyle. Hence why people have been suggesting wands or creating more staff involved skill lines, like one-handed weapons. Think of when Gandalf used a staff and a sword at the same time.


Specialization
Having no classes does not mean everyone is going to become a jack of all trades. In fact it could open the doors for even more unique and specialized characters.
Even in Skyrim, before legendary edition, it was better to specialize then to try to be everything.

Point being, you don’t need classes to force players to choose particular number of skill sets and specialize. Limited skill points prevent us from mastering and investing in every weapon and armor skill line, making us specialize in specific ones when honing our builds. Why would it be any different for Magic skill lines?

Elder Scrolls has limited skill points available. The players invest in the skill that’ll build their character into specific classes and themes they want. You don’t need classes to define strengths and weaknesses, players can do that on their own.
-I can use Conjuration and decide to specialize in Daedric summoning or controlling the undead.
-I can choose to specialize in one of the elements of the destruction; Ice, Fire, or Lightning.
-Restoration doesn't just heal, there are abilities of non-healing properties that I can choose to specialize in.
-There are so many avenues that one could explore in Alteration if one looked into its history in the ES games.

The truth of the matter is that classes do largely determine role and playstyle and also limits Players in their ability to create unique characters in both gameplay and theme/role-playing.
-I could try to play a sorcerer assassin but Nightblade will always be better suited for it.
-Dragon Knights are more suited for playing Tanks than Nightblades.
-I could use a restoration staff with any class but Templars and Wardens can provide more with them compared to the other classes.
Overall, Classes may have options to use whatever gear they want but they undeniably lean towards certain equipment more than others do.

ESO unnecessarily splits the schools of magic, soul trap is a good example of this.
Soul Trap is a skill that should have been part of the conjuration skill tree. OR Would have fit perfectly thematically with a Necromancer class if they made one. Why would a holy templar be using abilities that do things like;
“Burn enemy from the inside with soulfire”
“Lay claim to enemy souls”

This brings to light my next issue.

What are these Classes?
Balancing skill lines to prevent one cookie cutter build from being better than all the others is really no different than balancing the classes.
The Warden is very much a response to how the base game classes were designed for certain roles and playstyles.
With the new Warden class being capable of filling diverse roles, ZOS has discussed giving each Class a DPS, Tank, and Healing skill line. Meaning that they are drifting away from a system where the game defines distinct classes with distinct strengths and weaknesses, leaving that more up to the player.
To which I have to ask, what is the point of classes then?

The lore reasons the game provides for certain classes simply contradicts itself and the lore.
Dragon Knights: “These skillful masters-at-arms use the ancient Akaviri martial arts tradition of battle-spirit, and wield fearsome magic that pounds, shatters and physically alters the world around them.”
Many of the races are already masters of magic, why would they need the skills from foreign invaders to understand fire magic?
The explanation for Wardens is that it is a class crafted by the Wood Elves, hence why their insignia is on the the Warden costume.
But why are almost all the animal abilities made after Morrowind type animals? The Cliff racer, netch, shalks, fetcher flies, etc.
Also does this mean that every Ice mage in the game had Warden training? Aren’t the Nords well versed in Ice magic? Wouldn’t the Argonian culture simply have magic pertaining to nature?
I have a Nord Warden character because thematically it seems perfect to me. A Nord of the Wild and Cold.
But why not have an Argonian character who uses; Green Balance, Animal Companion, and Dawn’s wrath? (Not exactly that but something like that)

If Necromancy does happen why would it simply not be a power available to the Sorcerers? A class who works in Daedric magic and the dark arts.

On the note of thematics; Classes as a method to determine theme is being undercut when we have a new Necromancer (Worm Wizard) personality coming with Dragon Bones DLC that is available for any character no matter your class.

Finally
Yes this is an MMO. But ESO was originally modeled after the standard theme park MMO design. It was this design at launch that severely hurt the game, the main complaint being; "This is not Elder Scrolls", and is something the developers have been moving away from since. Hence why the story zone DLCs have been more of a return to form.
SO while ESO is an MMO, it should prioritize what made the Elder Scroll games work and what made them special, and try to apply that to the online format. Not only maintaining itself as an Elder Scrolls title but as a unique game amongst the MMO genre.

END
Now that I have said my piece, I leave the discussion to you.