engramz
✭✭
I use the gamepad interface and have been experiencing some inventory bugs since Morrowind. I have deposited items in my bank and they have either completely disappeared or been mislabeled. I only noticed the issue once I started using the extra bank space provided for subs.

I have tried to raise in-game bug reports but they have been met with a series of automated responses advising me that the matter will be considered resolved unless I reply again with more details - despite already doing that for the previous automated response *facepalm*.

Since I belong to a very small minority of players (using a controller on pc with the gamepad interface) I understand why my issue might be considered low priority. However, if this problem translates to consoles with Morrowind console launch there is going to be a lot of unhappy customers.

Here I am looking at what appears as a Rattlecage Helm in the list of items in my bank but reveals itself as an Inferno Staff of the Noble Dualist in the details pane. I could link many other examples. 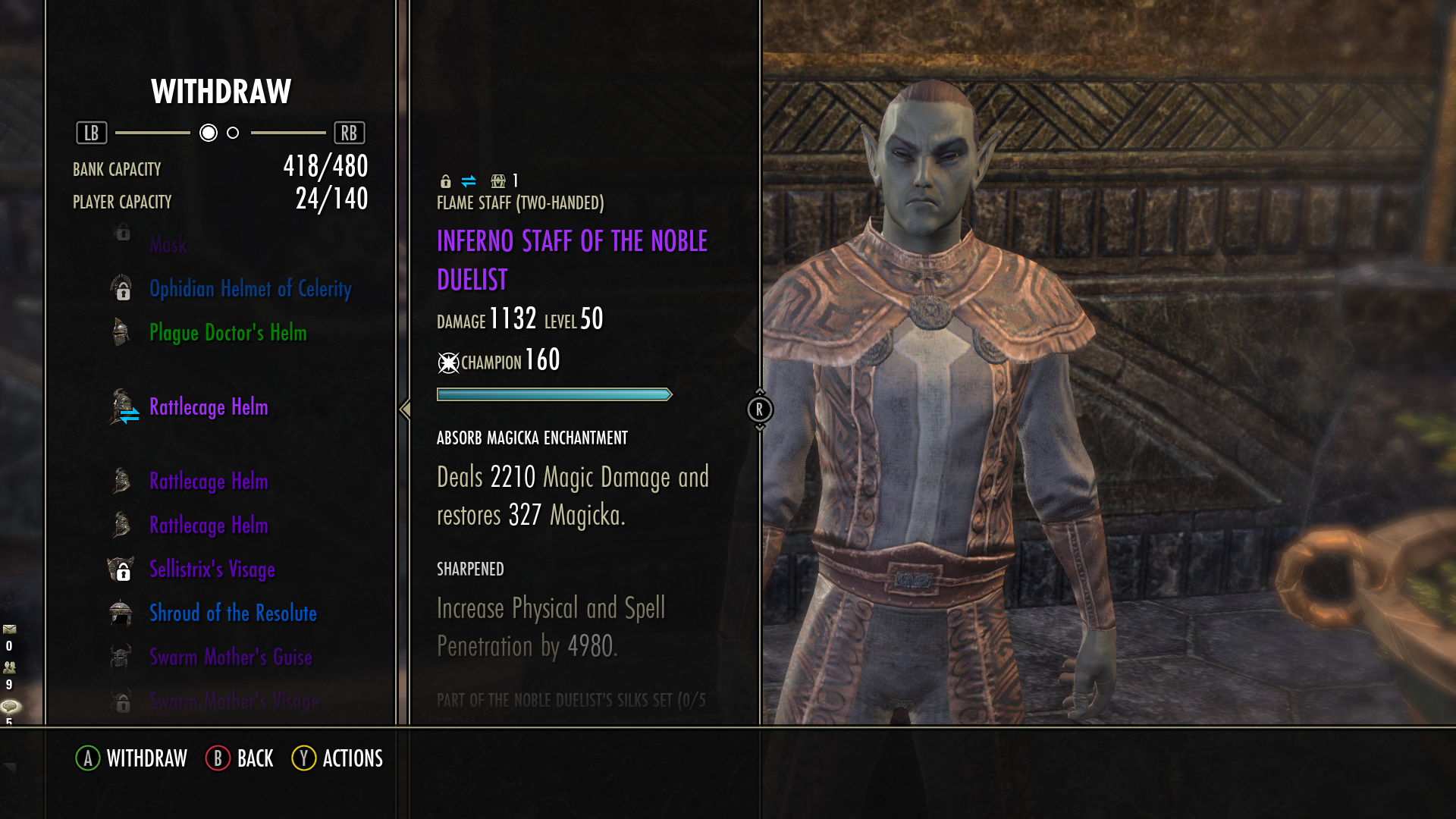 edit: re-logging or reloading ui will often fix the problem but I am convinced that some items have disappeared entirely and I need to do more testing for mislabeled items.
Edited by engramz on May 26, 2017 11:52PM
#1 May 2017
0 Quote
Home Forums PC Technical Support
Sign In or Register to comment.