I need help from a REAL person concerning my eso plus and crowns.

SOME_MUSTARD
Soul Shriven
So, last year from September to December i was paying for eso plus. i left ESO during that period for the Destiny Taken King expansion. Now that the Dark Brotherhood is out, i decided to return to ESO. Thinking i would return to an inventory full of crowns, i was sorely dissapointed to see that i had not received my crowns from September to November.

After contacting customer support, they misunderstood my problem and credited my account with 1500 crowns along with a bonus 500 for the problem. Those crowns never showed up either... I once again explained my problem and then customer support requested proof of payment from the microsoft billing site. I was to take a screenshot of the subscription confirmation WHILE my email was displayed at the top right. I dont know if its my browser settings or what, but the moment i scroll down to my subscription confirmation my email scrolls up and off screen.

I took a video proving it was me and my transactions along with screenshots of each one. Support refused to look at the video and wouldnt accept the screenshots because my email wasnt present. A "thorough" investigation was launched and it was found that i did not pay for eso plus during that period.

Except, i have proof that i did. Just not proof theyre willing to accept because the site they referred me to doesnt work like they want.


If a Mod or someone with authority can message me, i will give them the final screenshot and video containing my email. 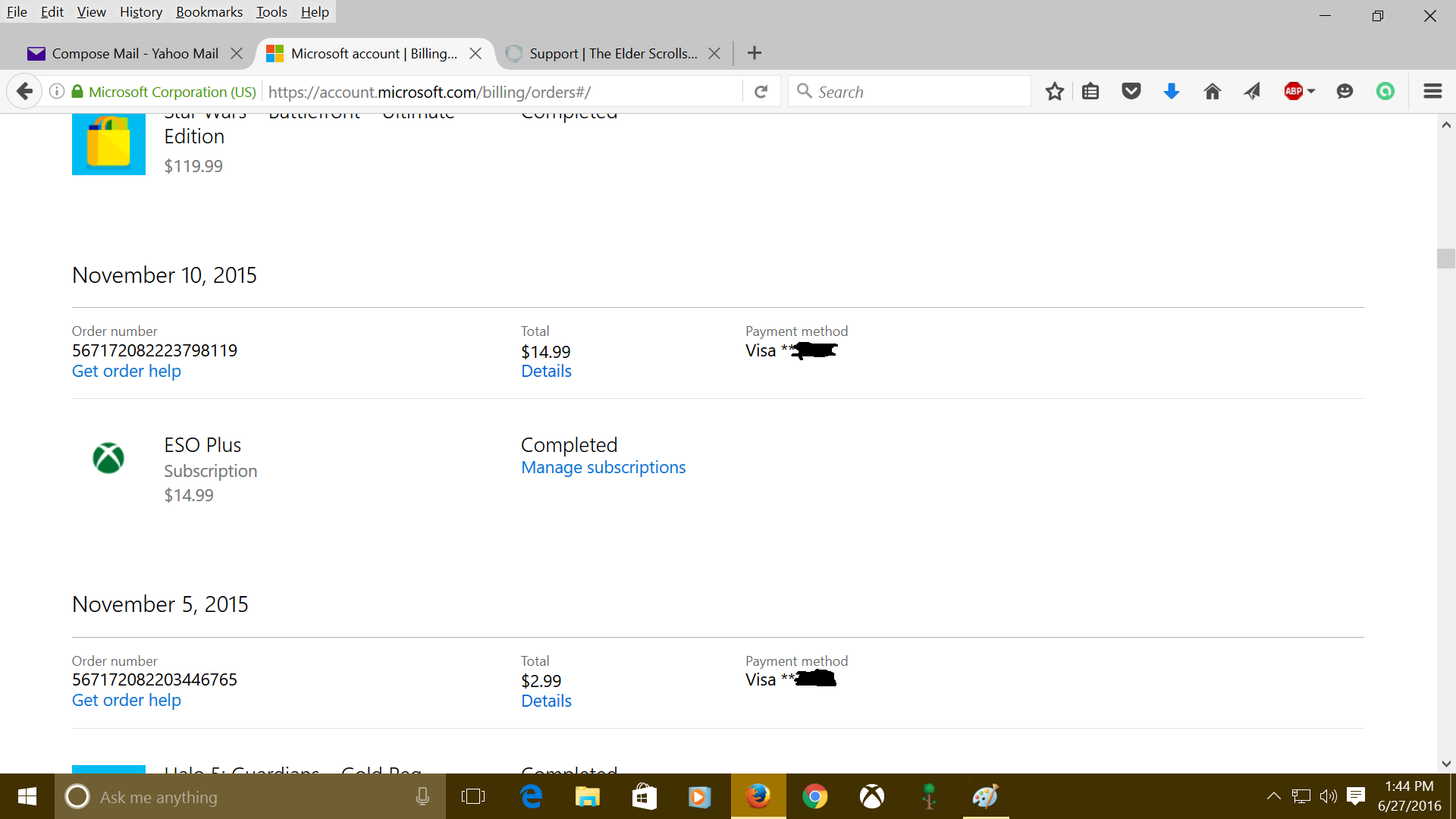 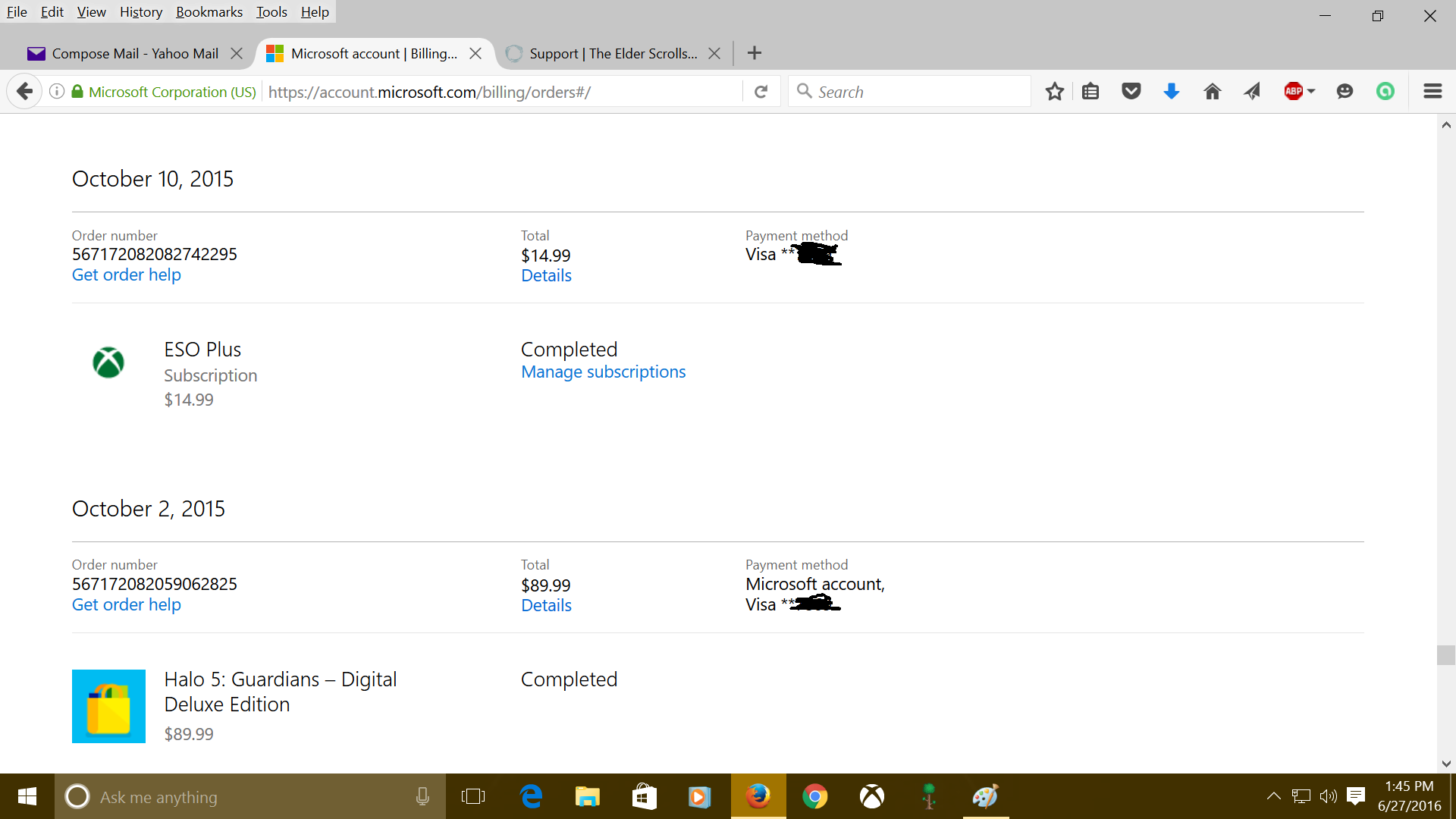 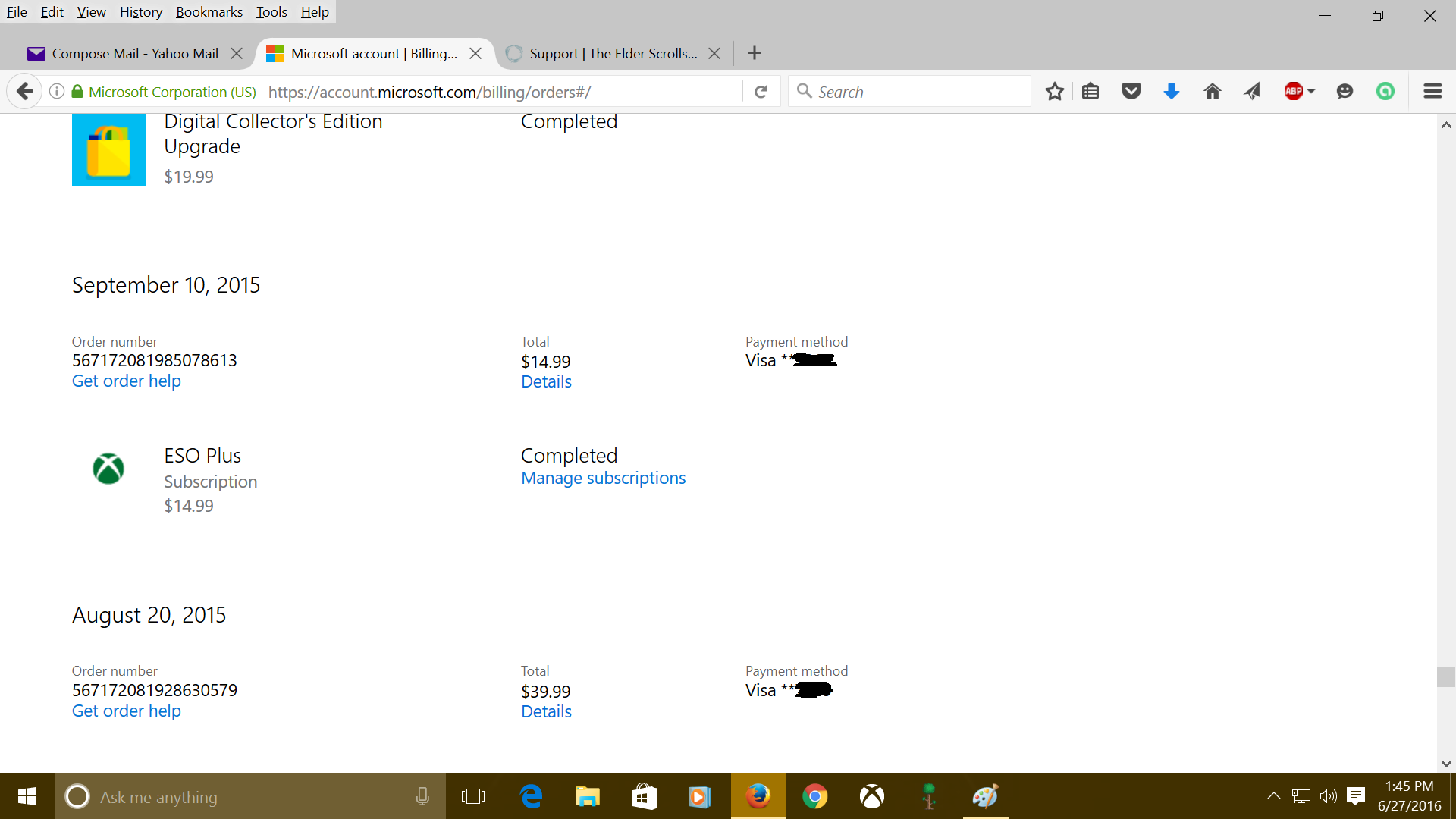