Draw weapon glitch when moving out of Mob aggro area

Fat-Larry-Makes-All
✭✭✭
This happens when you're running from a mob and stand still right at the edge of it's area. What will happen is that your character will draw his weapon because he's being attacked, but then immediately sheaths it again because the mob lost aggro. This then degenerates into superfast glitched weapon drawing/sheating. 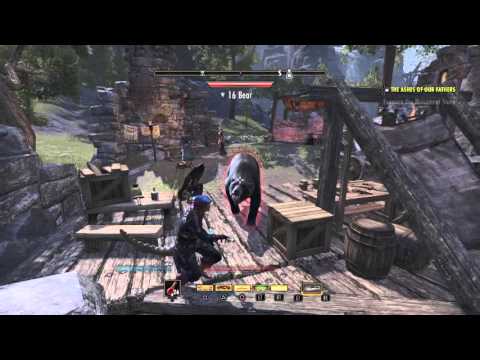 As you can see it's not very hard to remedy, just manually switch weapons usually works. But the first time this happened to me I thought it looked funny, like my character is violently scratching his back, so I kept it going for a while longer. But that got me kicked from the server for "Excessive messaging I.E. Spamming", so that's kind of serious.

Edit: Looking back, I switched from staff to sword and shield right before the Bear attacked. Maybe that has something to do with it.
Edited by Fat-Larry-Makes-All on November 20, 2015 12:05PM
Fat Argonian Cook.
#1 November 2015
0
Home Forums English PlayStation® Technical Support
Sign In or Register to comment.