since today my game is constantly crashing after pressing the Play-Button in the Launcher.

First time when it started today it downloaded the patch and immediately afterwards it wanted me to repair the game, I've hit the Repair-Button and the game was "Repairing".
After that was done and me trying to start the game I couldn't anymore, I'm only getting following CrashReport (Always the same one "11"): 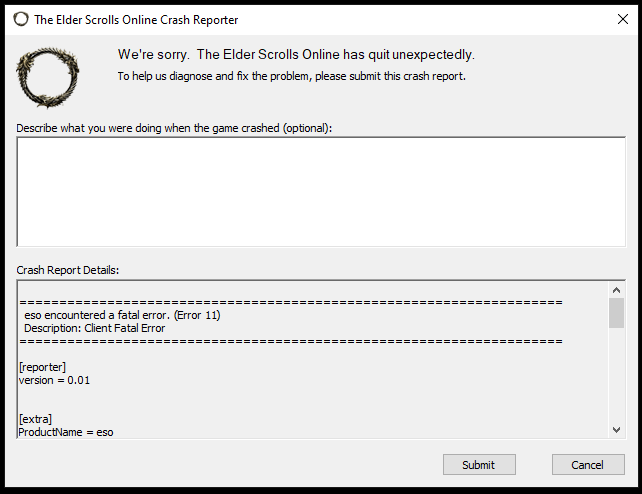 Everything in the Official Guides (Graphics Drivers, Deleting Addons etc.)
Fully reinstalling Launcher and the game
Editing the UserSettings found from some other players that had similar problems

The official Guide also tells me to repair the game, it doesn't give me the option in the Launcher though. Also the Error Detection tool in the Launcher doesnt find anything at all.


Did anyone else have that problem and knows how to fix it? I never had problems like this before with the game and it just started today with the Patch.