RMerlin
✭✭✭✭
Happened twice to me tonight. This is an enemy ram that's on the second floor of the frontdoor postern, it just popped there as I was oiling it... 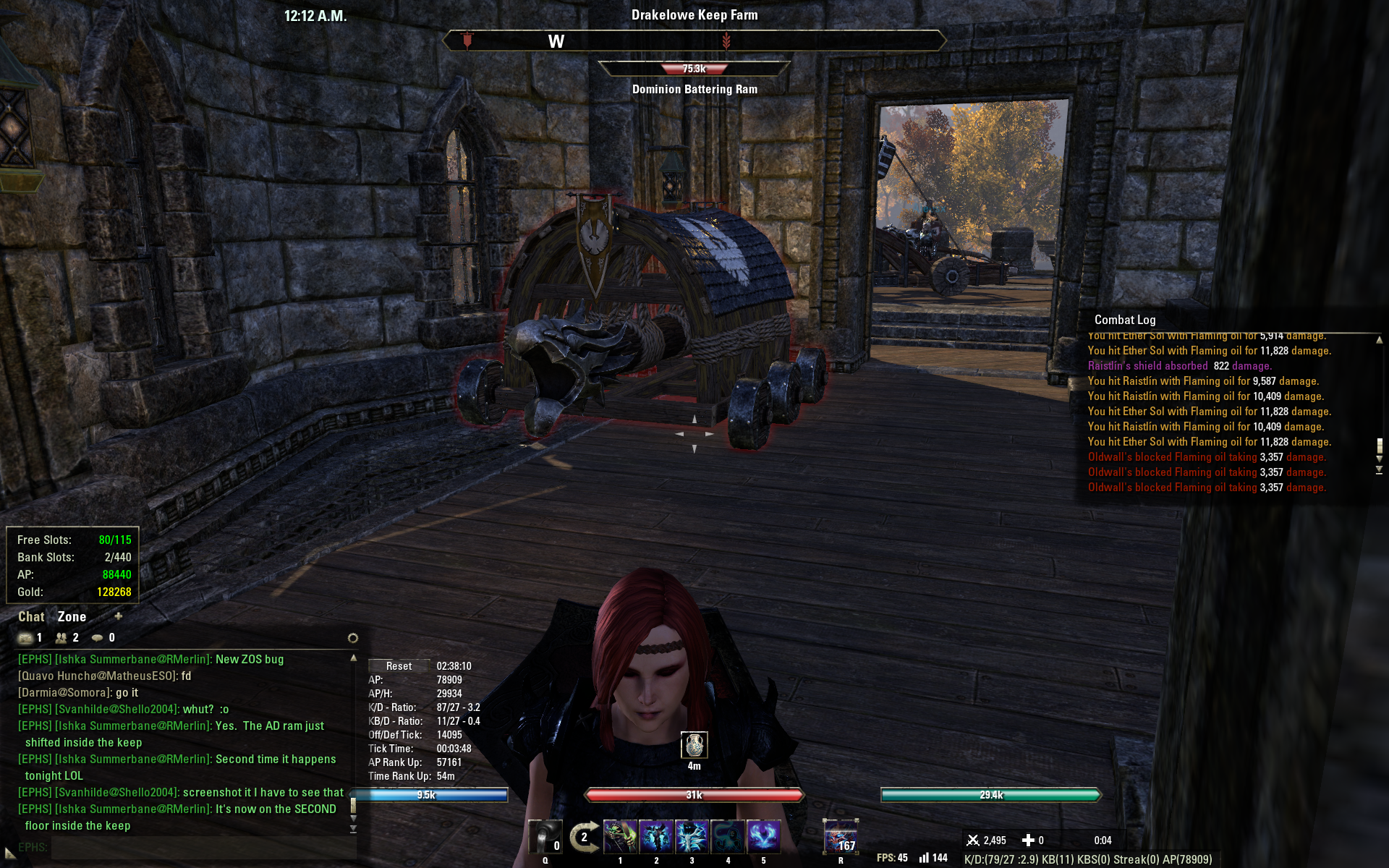 I can only imagine it was pulled to me by my Beckoning Armor...