So want to see the new Greymoor Meme that is sure to catch on?

Thevampirenight
✭✭✭✭✭
✭✭
I'm sure its going to Catch on

Well actually hope.
The location being Skyrim after all, a little nostalgia doesn't hurt. So I made this meme to help people mentally prepare for the Chapter or to have a good laugh or something *Shrugs*. I'm sure many people here are excited. Others not so much. 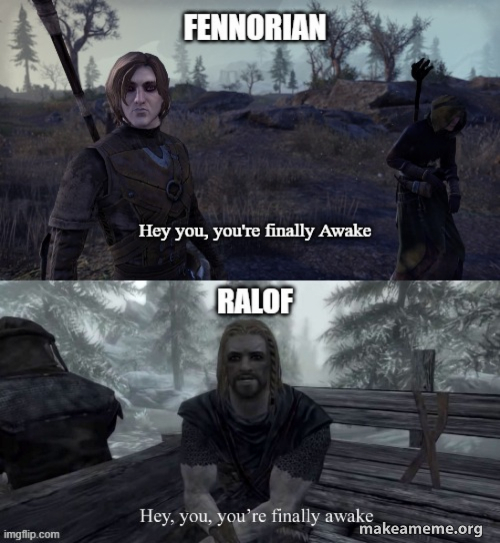 Edited by Thevampirenight on May 9, 2020 6:24AM
PC NA
Please add Fangs to Vampires.
#1 May 2020
4 Quote
Home Forums General ESO Discussion
Sign In or Register to comment.