My Character Killed Herself

Blinkin8r
✭✭✭✭✭
I posted about this back in April but got no response from Zos and didn't have the means to upload and share the video. While walking around in Malabal Tor, I came across two trash adds. hit them once and my character locks up, hovers in the air, takes out a knife and then kills herself. Now you can watch it for yourself and let me know what you think. Was this a Game Master? Notice, the Necromancy Synergy Kill Self in the recap does not say who it came from while everything else shows the add who fired the attack. Never seen anything like this. Was just looking for an enchanting survey.

Edit for context: I was in a party with my friend. I told him what happened and he said the move that killed me sounded like something a GM would use. That's why I was talking to the ghost lol. Would really like to figure out what happened here. @ZOS_GinaBruno 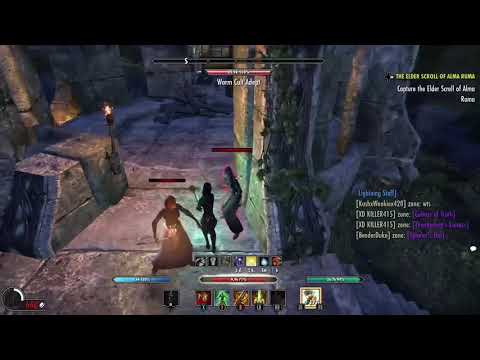 Edited by Blinkin8r on September 11, 2019 2:38PM
II Blinkin II
Xbox 1 NA
"A man without the sauce is lost, but the same man can become lost in the sauce."
#1 September 2019
80 Quote
Prev12345Next
Home Forums General ESO Discussion
Sign In or Register to comment.