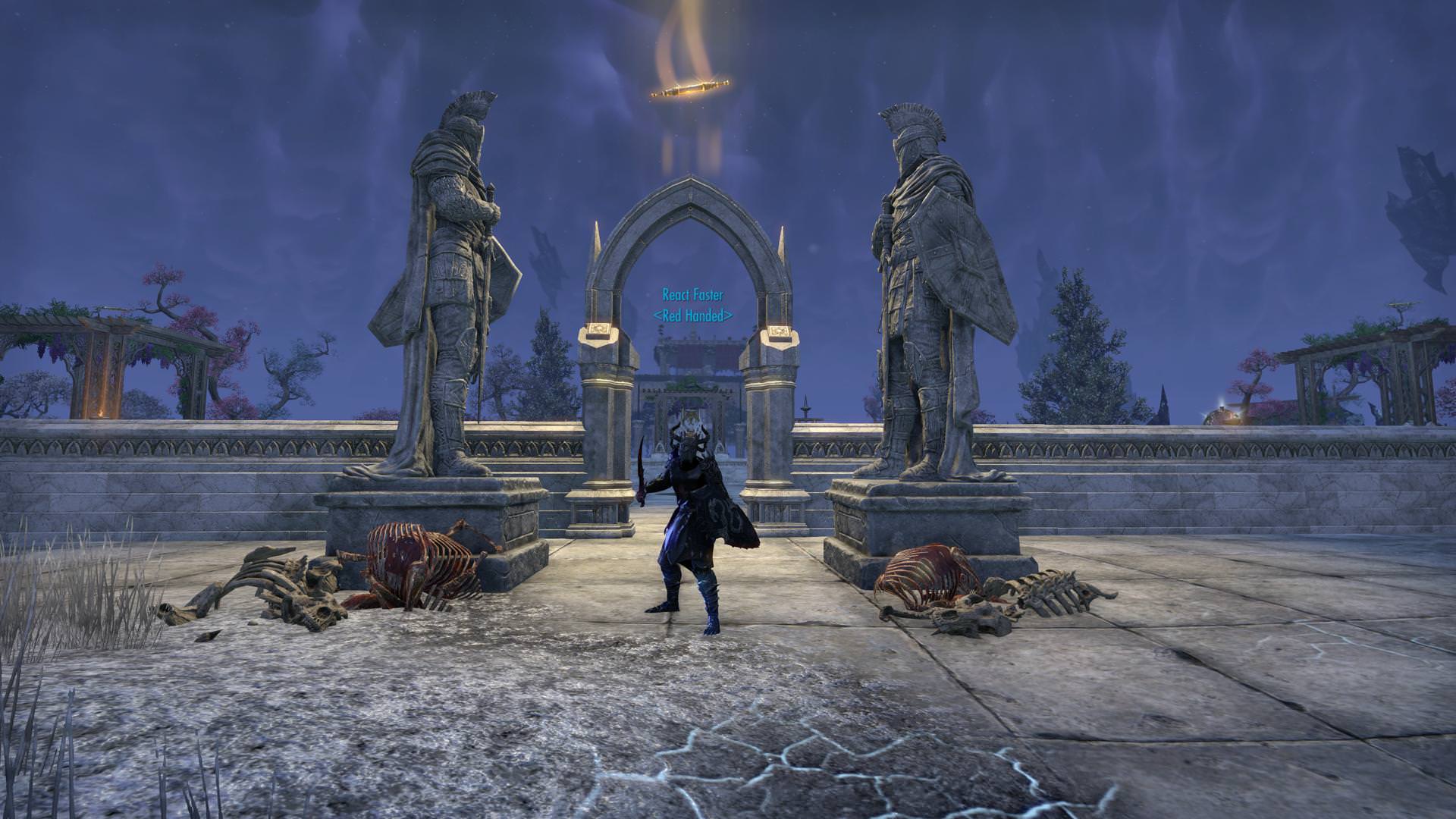 This is what I've been running on my stamina templar for solo play this patch. I tried a few different builds with different weapons (bow/2h, dw/2h,2h/s&b) and this ended up being the setup that provided me with the best overall toolkit for solo/1vX play. Great sustain, great mitigation, strong damage, and fast enough to outrun the zergs. Big thanks to Red Handed on Xbox NA for helping me acquire, upgrade, and test gear during the theory crafting process!

With the nerfs to speed this patch, stamina builds in general are struggling to deal with fighting outnumbered. The first iteration of this build I posted back in morrowind was a decent overall setup, but there have been a number of changes since then that have greatly improved the effectiveness you can achieve while running coward's. The changes to rune not only have alleviated the sustain issues that stamplar has been plagued with for years, but this sustain goes through sprint and thus compliments coward's very nicely. The change to two handed weapons to make them count as 2 set pieces allows for 2 agility jewels to be used, boosting the overall damage output and indirectly, the sustain. Repentance has once again become useful since multiple templars can drain the same corpse, and since the 4th set bonus of cowards is a stamina regen bonus, using repent front bar will help level the sustain on both bars. Despite minor protection being removed from restoring focus, this setup still achieves a very high uptime on the buff by using temporal guard back bar, and proccing the aedric spear passive on the front bar with jabs and javelin. Since we are no longer using speed immoveables, our potions offer us major fortitude (major health regen buff). This stacks stacks very nicely with the heath regen from the arteum broth as well as the health regen from the steed, essentially creating a small HoT equivalent in regen that is always ticking. Our damage comes from a reasonable balance of weapon damage and stamina with a TON of physical penetration - In CP, this setup hits 15k penetration minimum and can scale as high as 20k depending on our target. We also have access to the tactician CP passive which sets enemies off balance when you dodge their attacks, granting us extra damage against them through the exploiter CP passive. Overall, the setup has gained a large amount of damage, sustain, and mitigation while maintaining that super fast maneuverability we had in previous patches. I'm very satisfied with it's open world performance.

In terms of gear alternatives, the monster set can be swapped for something such as troll king if you feel that you require more healing, a combination of 1pc pirate/1 pc chudan for more mitigation, or balorgh/slimecraw for more damage. For No-cp, I'd switch the cowards gear necklace to a robust trait with a stamina regen glyph. This will allow for a slightly higher stam pool and better sustain, both of which are vital in a no-cp environment. After making that change, your best option for a survival monster set would be troll king, your best option for a damage set would be valkyn/selenes/velidreth because procs are completely broken in no-cp, and bloodspawn would be the best overall option (sustain via 1pc, mitigation from 2pc, offensive capability via ult regen from 2pc).

You can change up the skills to your liking, the setup I have is what suits my play style best. Repentance is the big flex spot, as literally anything can go here. Rearming trap, caltrops, channeled acceleration, meditate, executioner, stampede, and cleave are all great options. Javelin can be dropped for dizzying swing if you want an extra burst option, and running dizzying would allow for you to use a perfected BRP 2h, dropping your 2pc agility for 2 spriggans rings. Ransack is the best option in my opinion as a backbar s&b skill, as it will provide us with the greatest single target damage increase out of all the s&b abilities. However, you can choose to run reverb if you want to drop javelin in favor of having some extra pressure from the major defile, or heroic slash if you want a snare as well as some extra offensive capability via ult regen.

Front bar in a duel, weapon enchant proc, standing OUTSIDE of rune 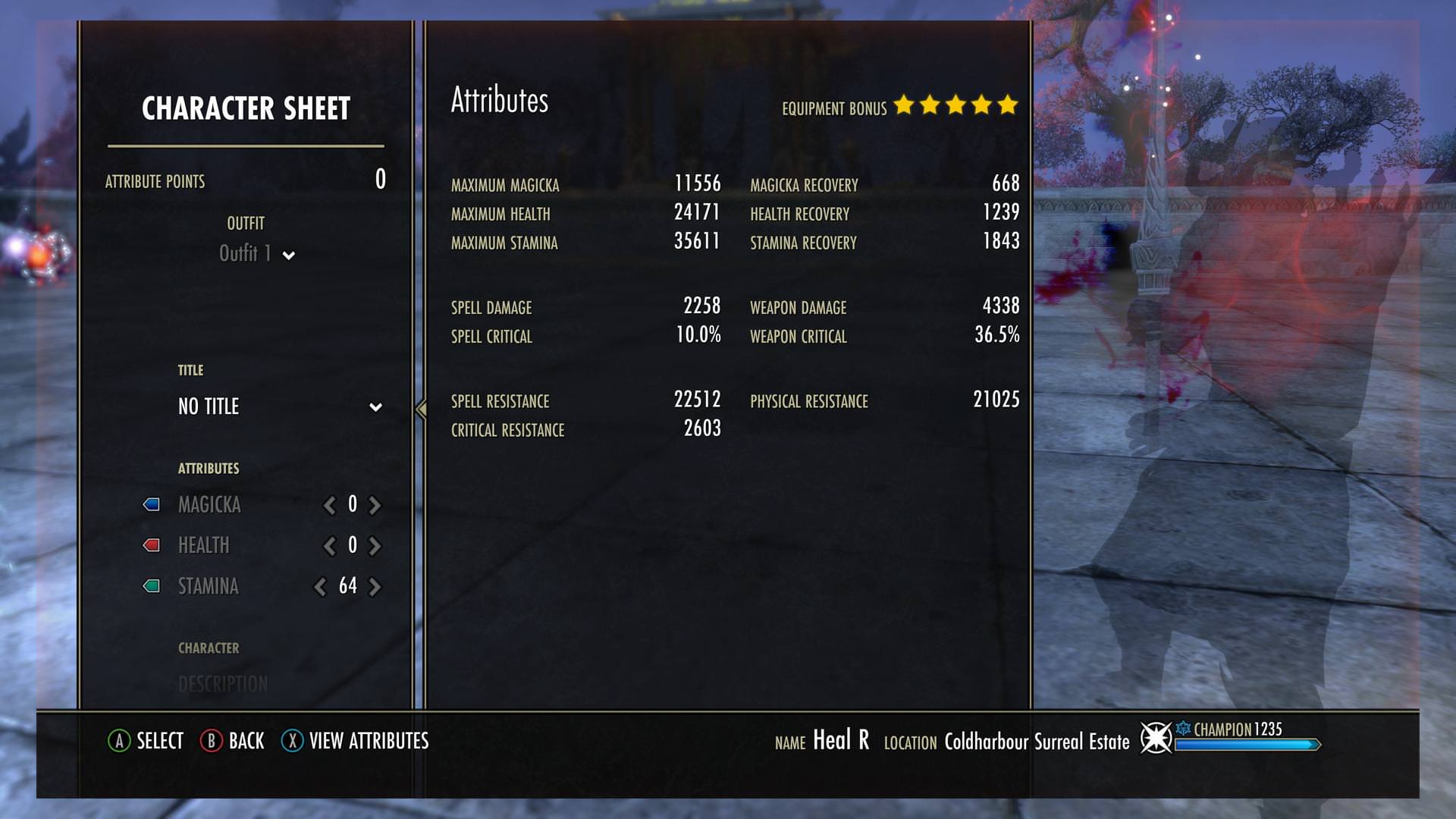 Back bar in a duel, weapon enchant proc, standing OUTSIDE of rune 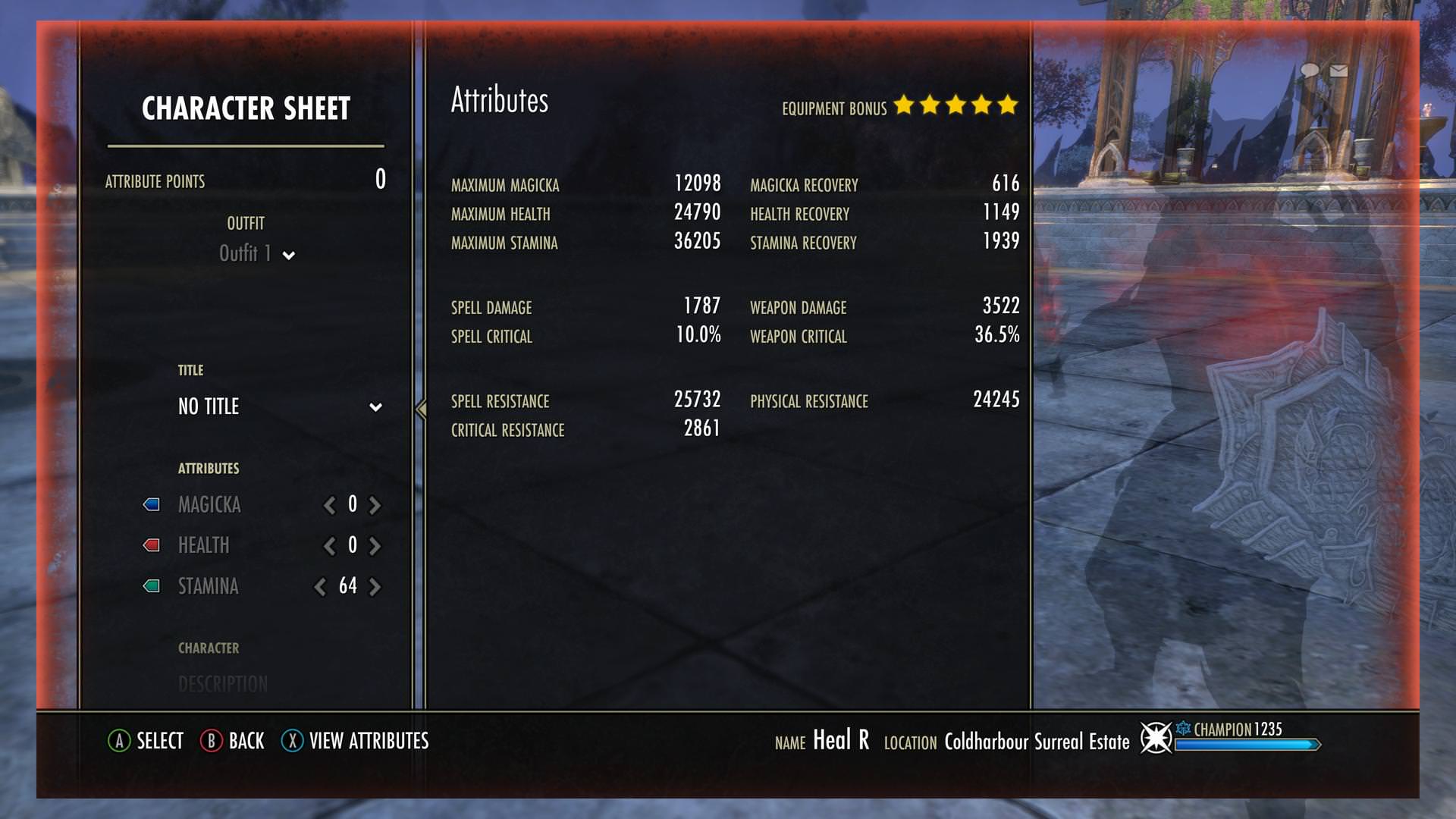 This is a few different examples of what the build is capable of, from outnumbered fights to rapid movement and extensive sprinting/bashing capabilities. Enjoy!