For those of you who have already seen my Ebony Flask and Flaming Nix inn room, this one isn't terribly different. I went with the same kind of setting, a luxurious hotel like room. The difference is that I'm only using the Vvardenfell furniture recipes for this one, so no base game Dunmer items.

I have to say that this one was a real headache to decorate. The room is somewhere between Ebony Flask and Flaming Nix in size, with large walls and a good sized space to decorate, but unfortunately it shares the same 30 furniture limit cap as the Ebony Flask, which makes it extremely easy to hit the furniture limit cap. There was so much stuff I wanted to put here, like more clutter, some food and drink items, but there simply wasn't enough slots free for it. The room itself is very dark and claustrophobic, there isn't a single window or light source, so I had to use many of my very few slots just for lighting. I put up a central chandelier to dispel some of the gloom at the ceiling level, as well as several lamps, candles and sconces all over the room, to make it appear more warm and welcoming. The chandelier and the vellum lamps also had the added benefit of showing off that nice blue tiled roof, so there's that at least.

I did manage to squeeze some of my favourite furnishing pieces into the room though, like the incense stick placed in a golden mesh holder next to the bed on the nightstand. I really like these incense sticks and the undulating grey smoke they give off. Animated items like that can really give some life into a home that is mostly just static and lifeless. Prepare to see many more of those in my other homes.

This marks the end of the trio of inn rooms, and I'll now continue with the larger Dunmer homes. First up I believe is Kragenhome, the smallest of the Dunmer apartments, stay tuned for that one some time soon in the future. 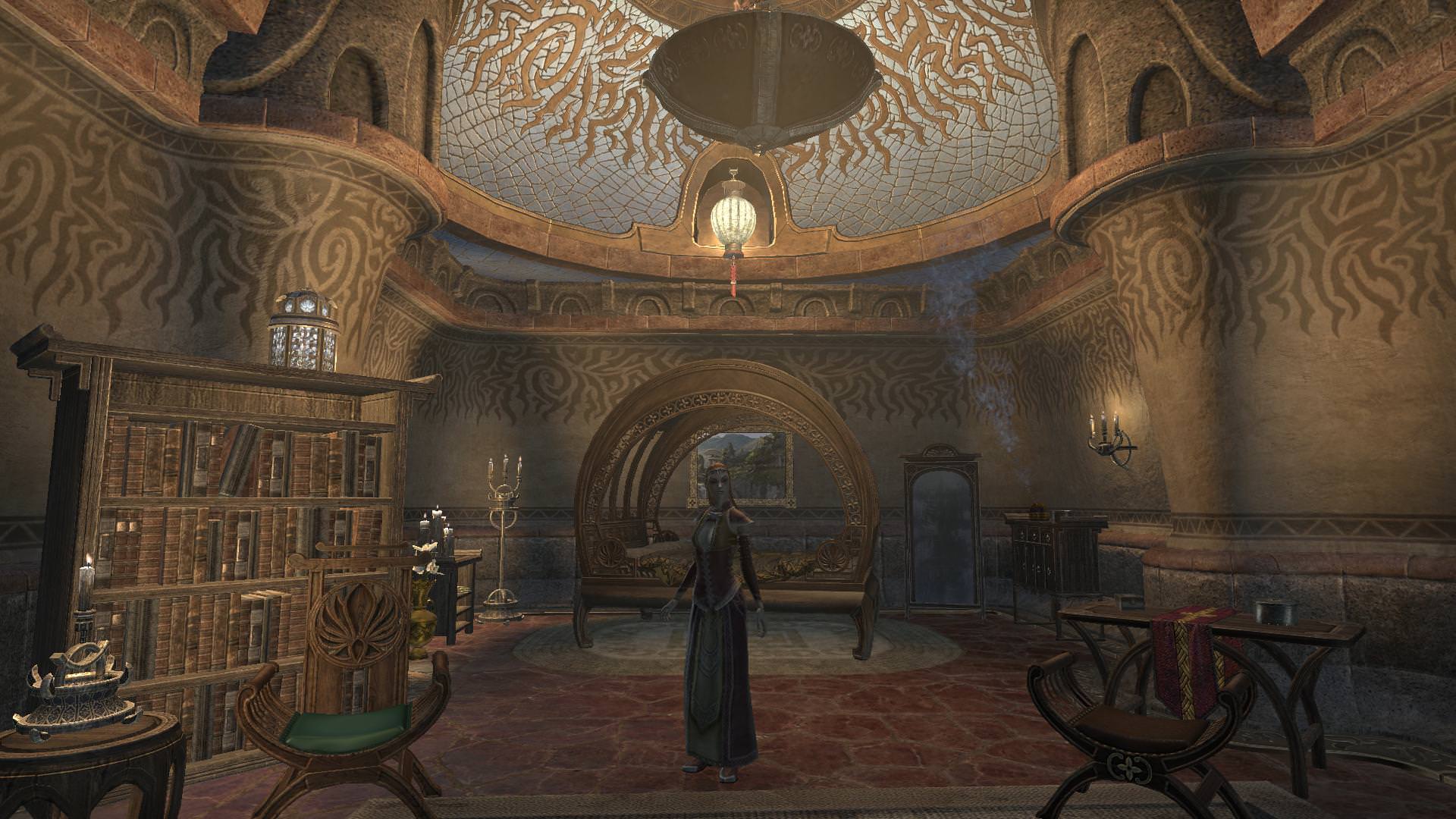 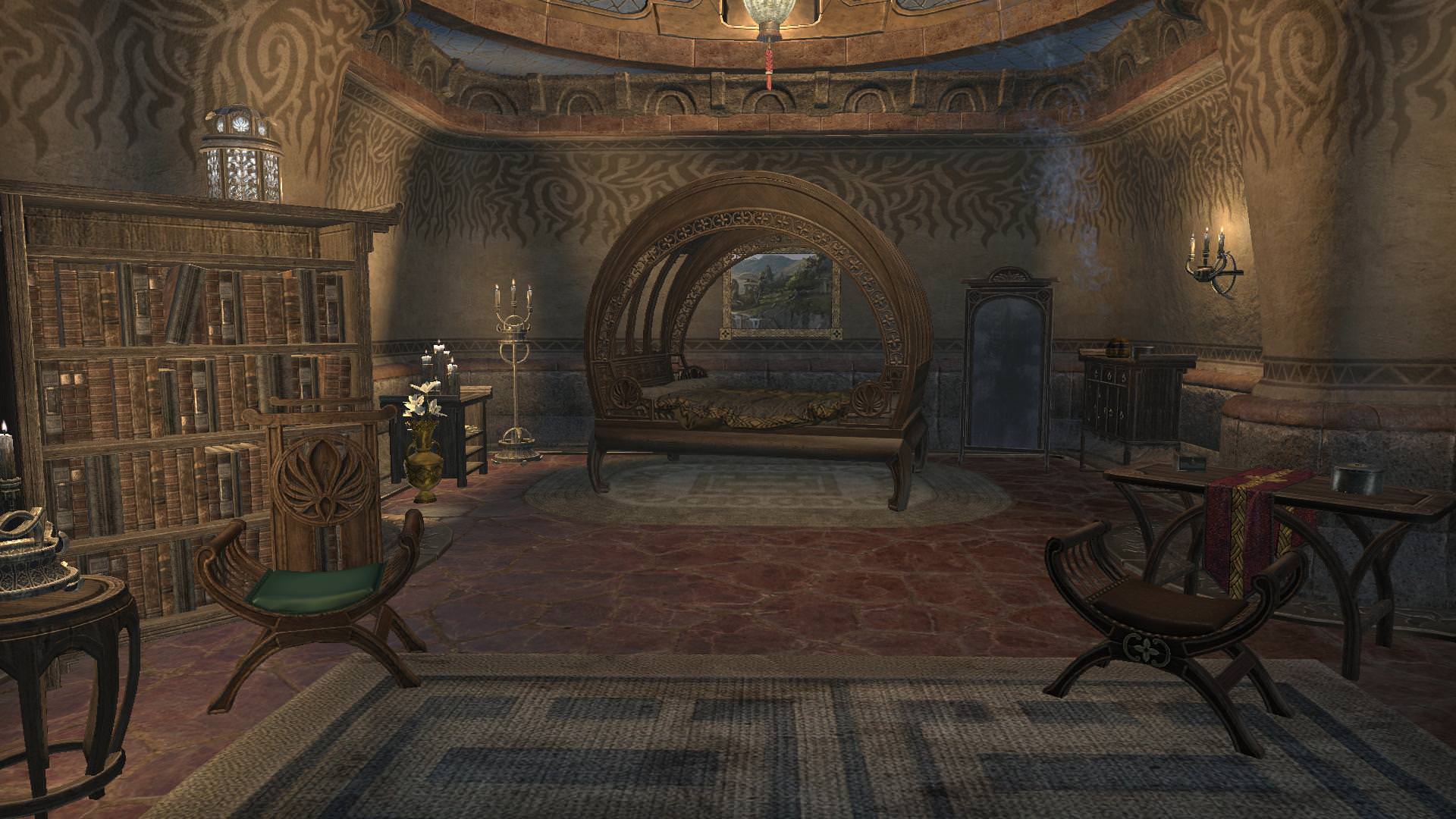 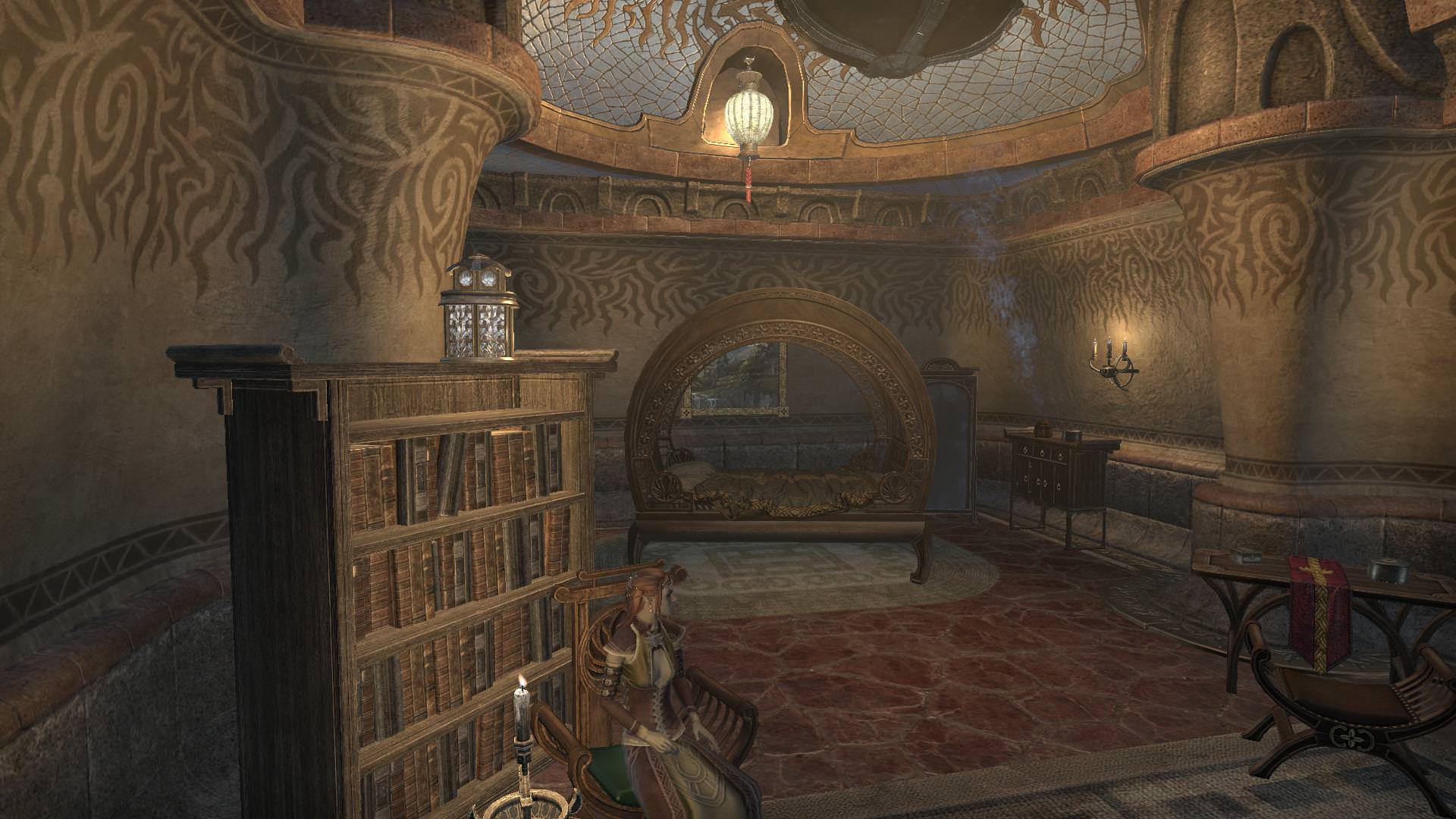 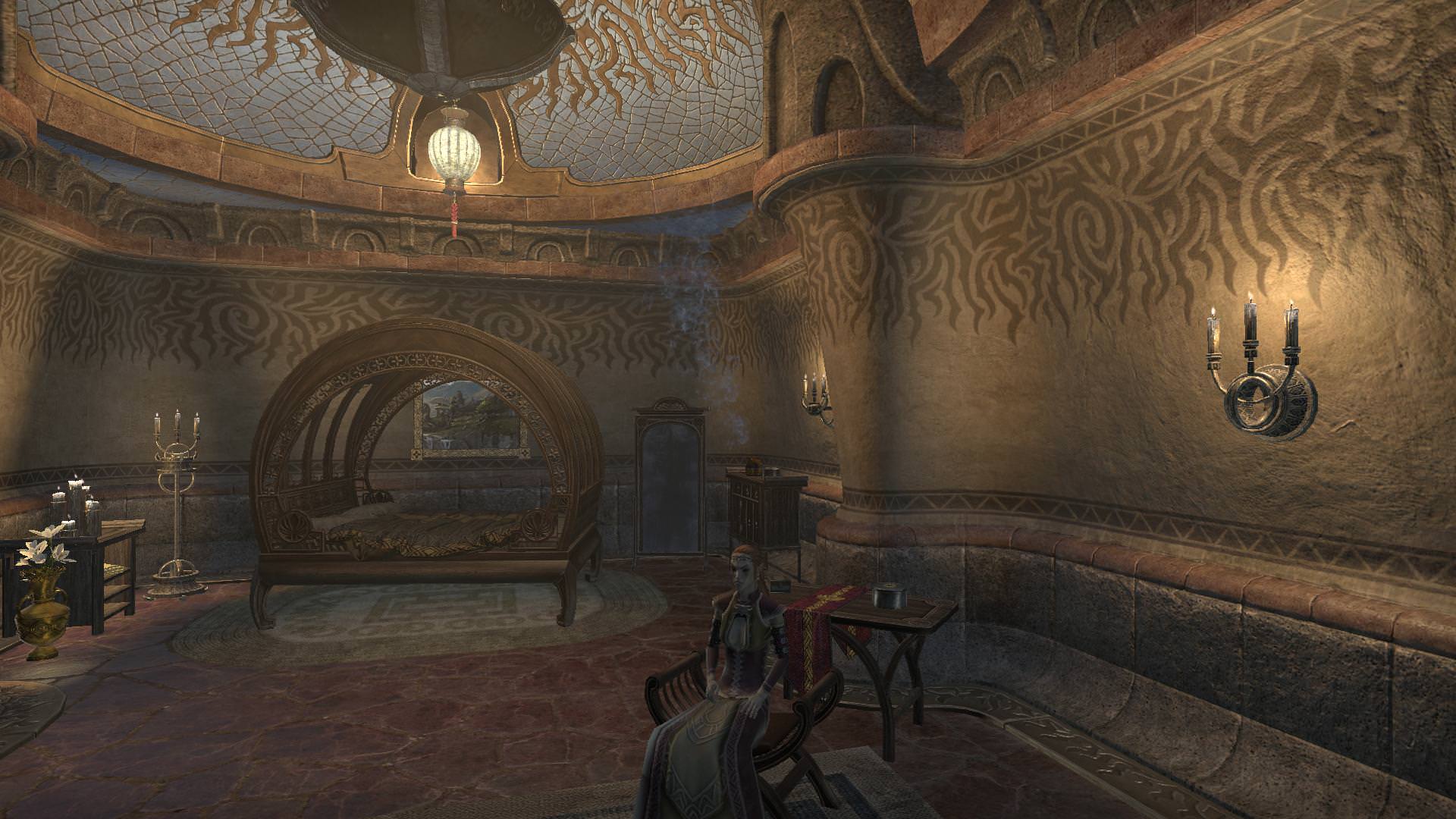 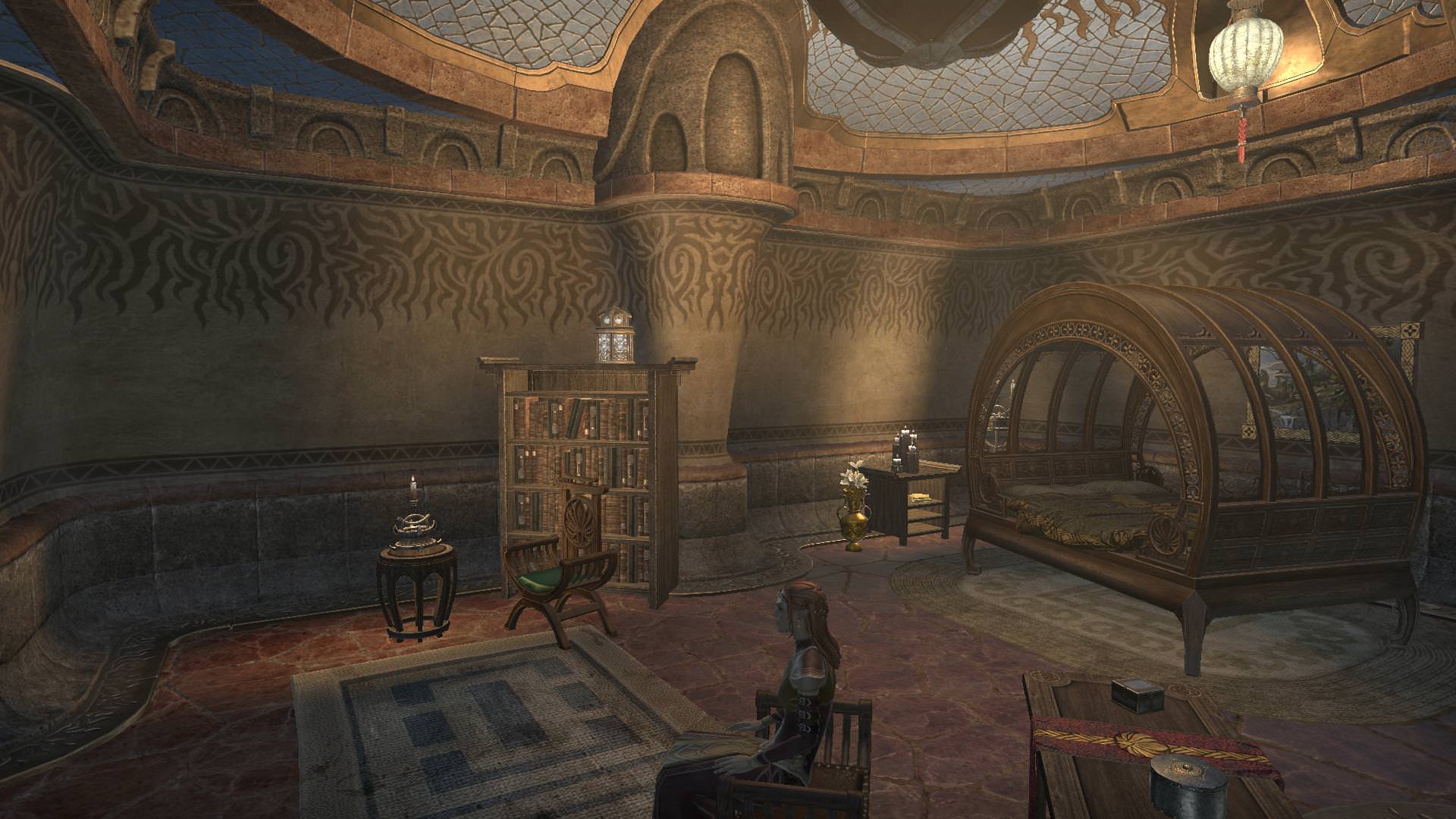 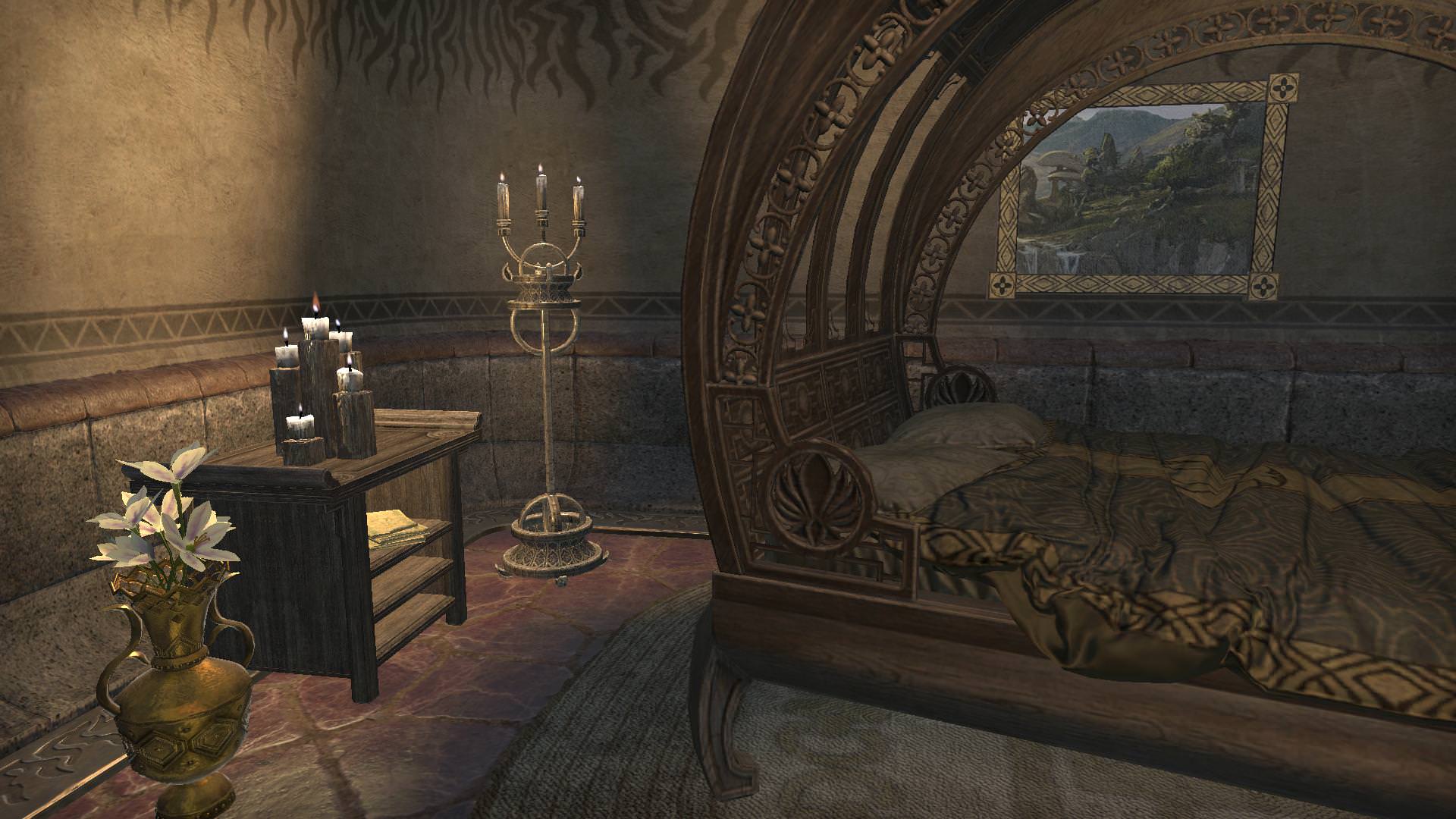 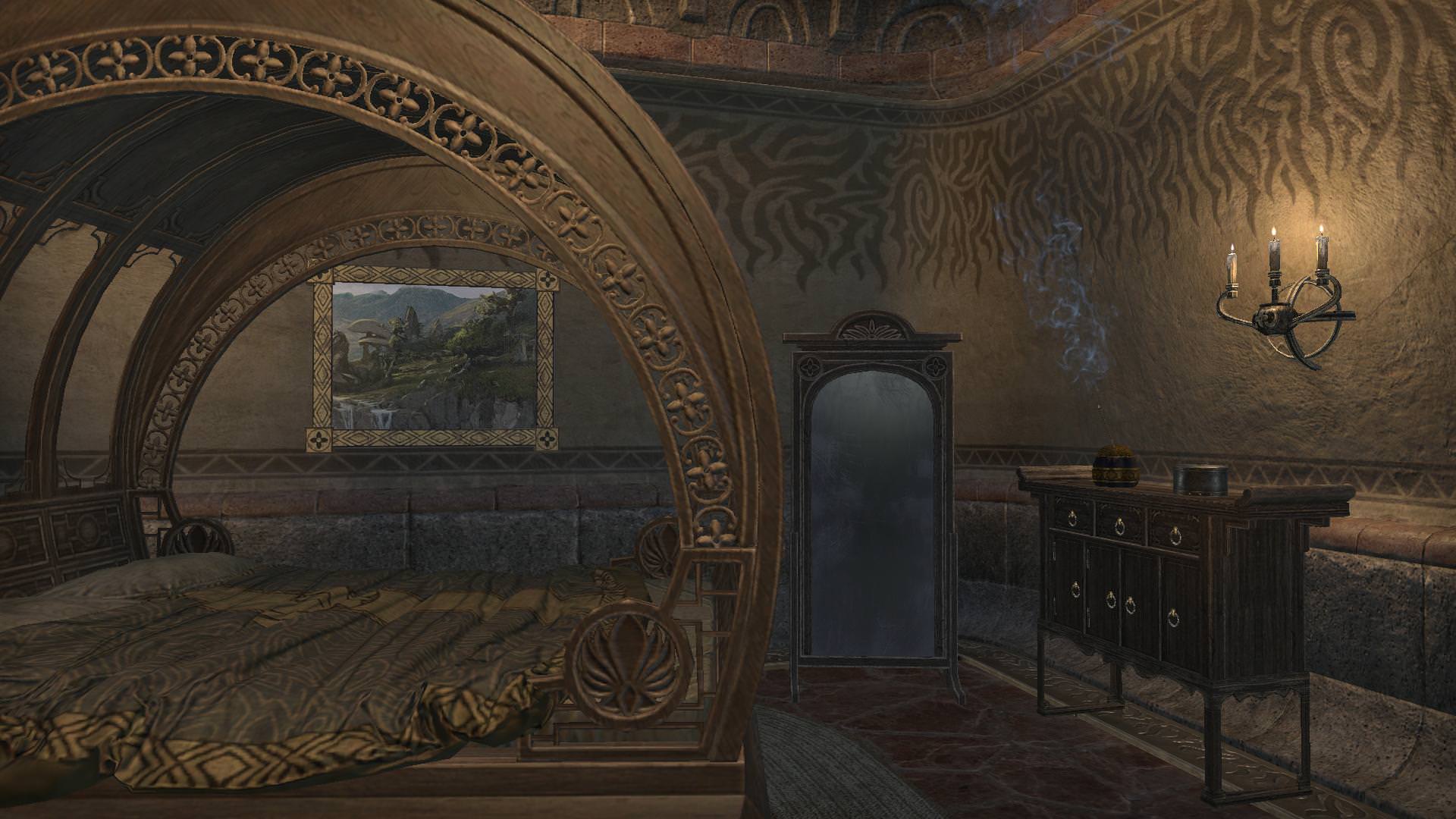 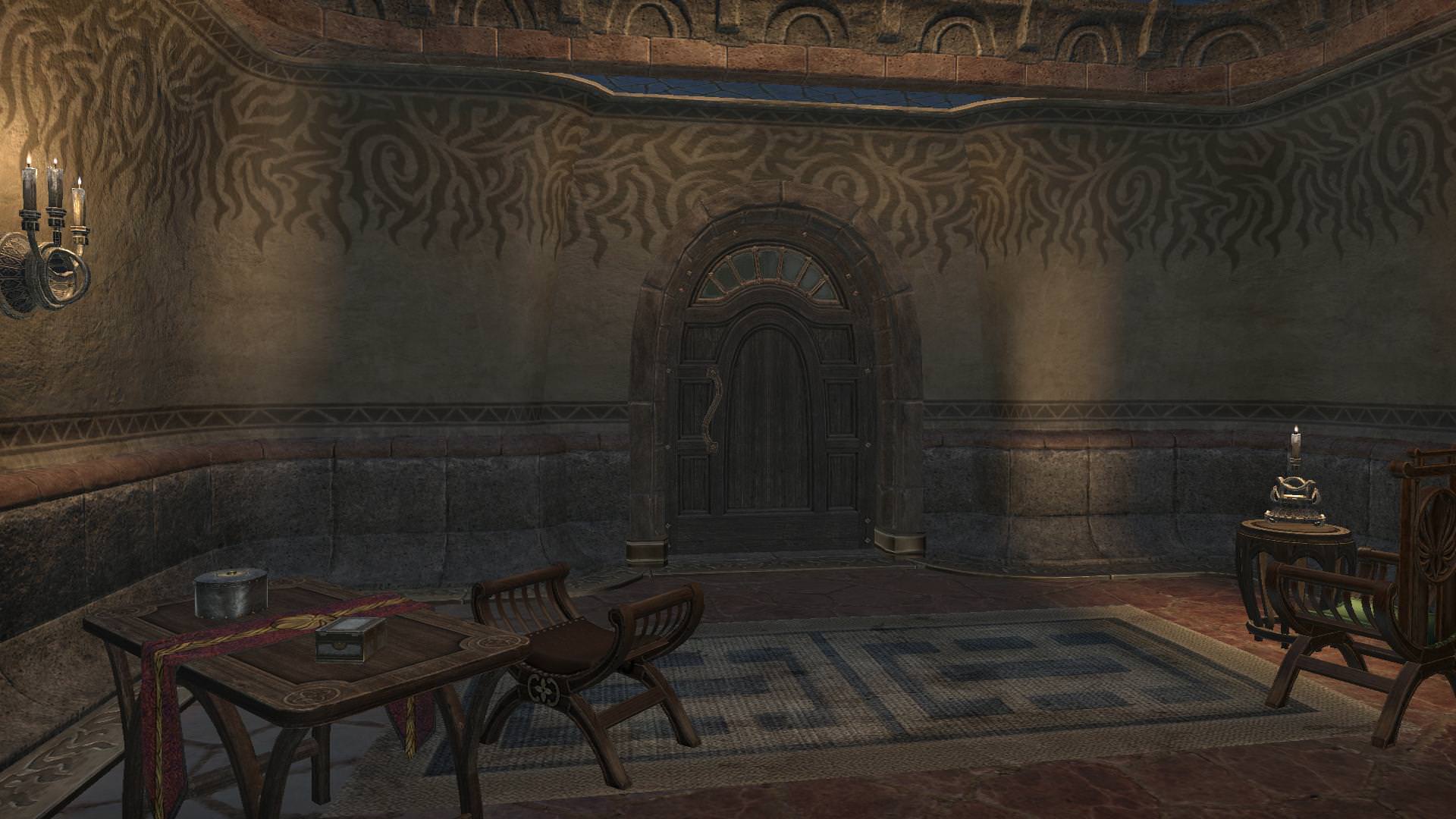 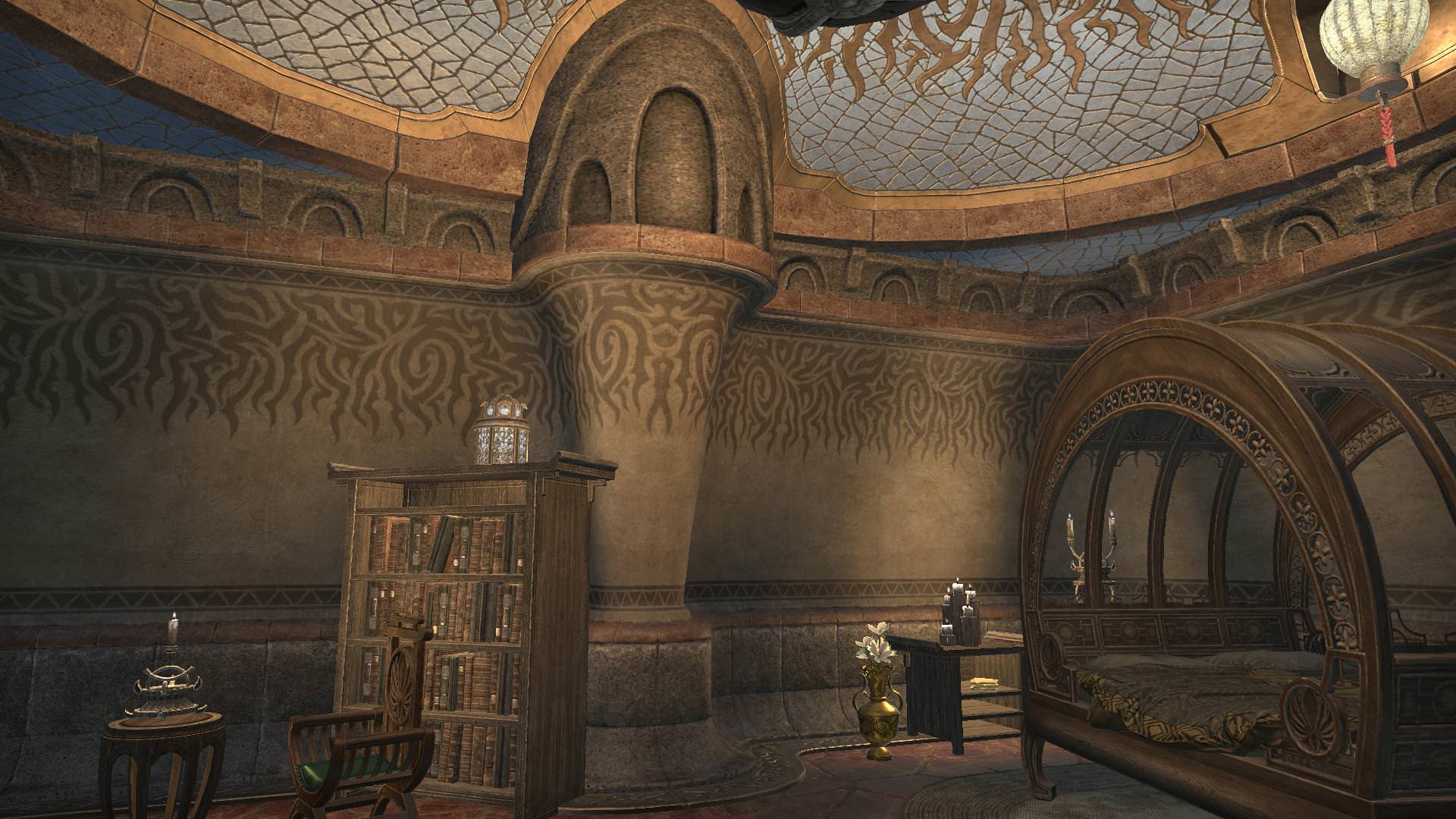 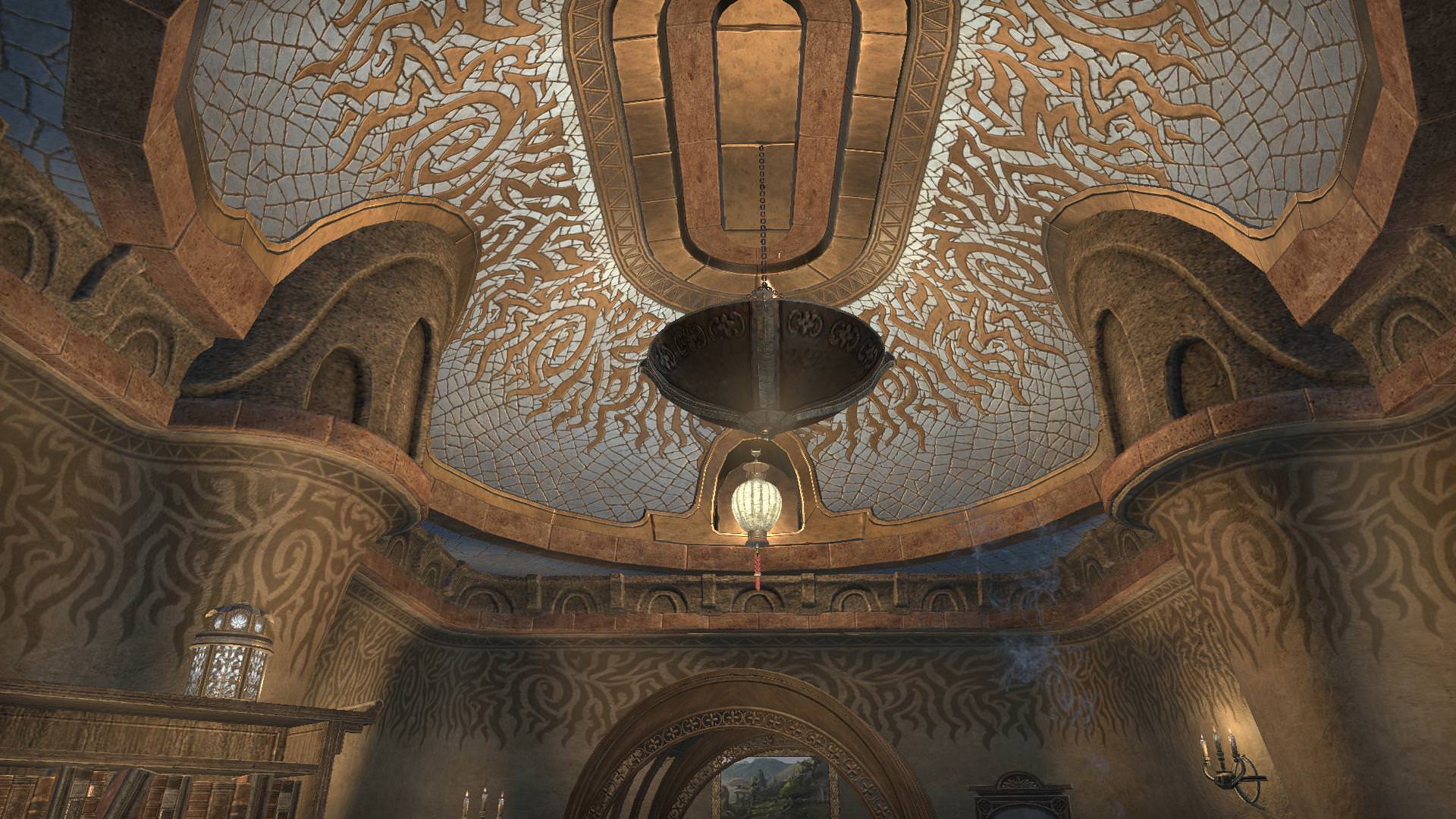