All Armor with Stamina Enchants. All Jewelry Infused with Weapon damage enchants. 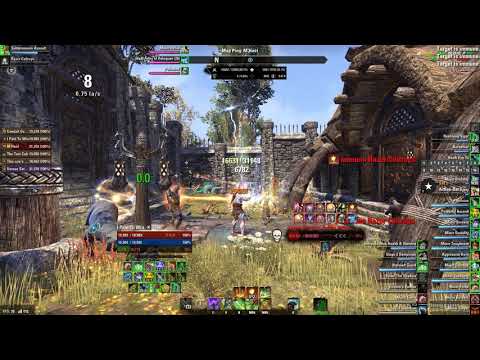 The base damage of bow bow is not too far off from the melee version of the build, HOWEVER with the Shadow Silk morph of the Trapping Webs synergy the Bow Bow build surpasses melee damage by a far margin.

2.Will this build work without the tank/dps using Shadow Silk?

Absolutely! But don't expect to be beating melee in damage if your melee players are decent.

3. How do we maximize the damage of this build?

Besides ensuring that your group is pen capped and has a solid Aggressive Warhorn rotation, to fully mazimize the damage output of Bow/Bow in a raid setting, you need a minimum of 3 Bow Bow players. 1 Player in War Machine/Reloquen, 1 player in Morag Tong/Reloquen and 1 in full damage as this build shows. Those three together would get a good Major Slayer uptime and would get the highly desired Morag Tong (It buffs Subterranean Assault/ Poison Injection AND Lethal Arrow). Additionally the two players wearing Morag Tong and War machine can guard each other thereby maintaining Minor Force on par with the full damage build.

Bear Ult offers the most damage per ultimate use and also serves to increase stamina regen, because you cast the ult every other rotation.

5.Why Lethal Arrow and not dive?

Lethal Arrow averages a lot more damage per second than dive and the fact that it does poison damage allows it an advantage of being buffed by Morag Tong.

6.You let your dots drop off for so long, is it really worth it?

After testing, it seems that the damage of both Lethal Arrow AND Subterranean Assault is so high that it warrants the loss of DoT uptime.

7.In execute which DoTs should I prioritize?

Triple infused synergizes best with warden (bear doesnt get affected by bloodthirsty) as well as the synergy of Shadow Silk.

9. Why do it specifically on a Warden?:

While all classes are perfectly capable of doing Bow Bow setups, the Warden in my opinion is one one capable of getting the most out of this ranged setup.
A) Outside of Injection Caltrops and Hail Warden has a hard hitting direct damage poison ability which is an instant cast.

Warden has the most ranged abilities in the game that can be buffed by Morag Tong.
C) Warden front bar is filled with 5 skills which passively buff overall damaget by a total of 15%
D) Warden bear hits harder than any other ranged ultimate options that other classes have.
E) Warden passively gets Minor Berserk, without the need to refresh skills and lose global cooldowns.
F) Unlike Nightblade, Warden can stay in range the entire fight offering a true range class
G) 3 infused on jewelry synergizes best with warden, since bear is not buffed by bloodthirsty.
H) Warden is the only class that can run War Machine successfully from range.
I) Should the target be 1 instant cast away and you may not have time to cast a Lethal Arrow, you could spam Dive. Additionally if you need to block cast during a certain fight mechanic, block casting dive is always an option, versus not casting anything because of the channeled nature of Lethal Arrow. 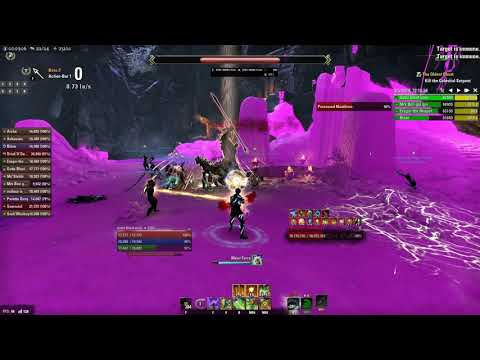