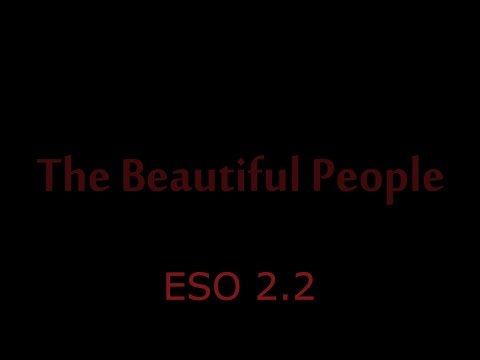 Celebrating the exit of ESO 2.3 with a 2.2 video: Solo/Duo/Small Group/Raid

Merciful, zyklysis travels back in time to kill the beautiful people of ESO 2.2 before they can experience the horrors of ESO 2.3. You're welcome.

This video is composed of excessive horse abuse and unfair proxy ganks. I mostly utilize my 2.2 resto/sword and shield build. The clips used in this video were recorded during the second half of January and the first few days of February 2016.

Thank you to Br'itsa, Da'Mara and my guildmates in Rage for assistance in different clips. (but seriously, I could have wiped VE alone)(sarcasm, in case that's not clear....)

Thank you to all teammates and opponents encountered while recording the clips used in this video.
PC/NA/Azura's Star [CP enabled]

Edited by zyk on May 31, 2016 12:27AM
"He who fights with monsters should look to it that he himself does not become a monster . . . when you gaze long into the abyss the abyss also gazes into you"
pvp videos: eso zyk on youtube
enjin profile
66
I played Brutus at school once, and I was the one everybody stabbed
lives · lived · will live - dies · died · will die
#1 May 2016
3 Quote
Home Forums English Alliance War & Imperial City
Sign In or Register to comment.